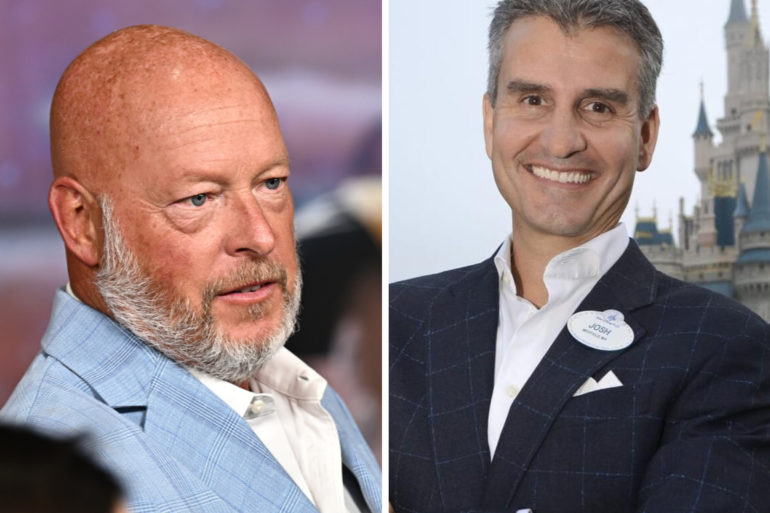 Josh D’Amaro Almost Quit Because of Bob Chapek, Christine McCarthy Called Iger in Secret, and More Revealed from Behind the Scenes of Disney’s CEO Shakeup

Nearly a month after Bob Chapek was forced out as Chief Executive Officer of the Walt Disney Company, more details have emerged surrounding what was taking place behind the scenes of the C-Suite shakeup that led to the return of Bob Iger at the helm.

In an article by the Wall Street Journal, more details shed light on the frustration of other Walt Disney Company executives and the steps that were taken for Bob Iger’s return as the company’s chief executive. The contention between the returning CEO and Bob Chapek, who was ousted in November, began before Iger had ever left the company, but it was a series of poor decision-making that left a number of other high-ranking employees and board members dissatisfied with the direction the company was heading toward.

According to the WSJ article, Chapek was unhappy that Iger, his predecessor, held control long after stepping down, seemingly undermining Chapek on several occasions. From the start, Iger held on to his office at the Disney corporate headquarters in Burbank, using it to host meetings with department heads without extending an invitation for his replacement to join. Being frozen out of meetings, Chapek grew increasingly unhappy about Iger sticking around after assuming the top job in 2020.

The WSJ article contends that “Chapek told friends that Mr. Iger’s attitude seemed to be: ‘They work for me, not for you.’”

The Covid-19 pandemic further drew contention between Iger and Chapek. The two CEOs found themselves at odds with Chapek wanting to lay off Disney employees right away, preserving the bottom line, while Iger pushed for the company to maintain employment for Cast Members until federal relief was in place. Iger’s plan eventually won out, and the board’s backing left Chapek feeling disenfranchised.

A series of hurdles, both unavoidable and brought on by the CEO himself, removed any hope for the two chief executives to work together cohesively. Chapek was reportedly upset with Iger’s continued involvement and unwillingness to hand over the reins, while Iger found himself increasingly less confident in Chapek’s ability to lead the Walt Disney Company effectively.

When Chapek finally did take control over the company, his lack of visibility among guests and Cast Members and his decisions surrounding Marvel and flip-flopping on Florida’s “Don’t Say Gay” bill were just a few of many scenarios with which guests and the general public took exception. A hiring freeze and reported layoffs imminent, Cast Members were also growing frustrated.

When the board of directors announced Chapek’s contract had been extended through 2024, fans were audibly angry, even booing Chapek at public and private events. Creatives within the company and an internal survey of cast members indicated very low morale, as well.

According to the article, some company directors began talking informally among themselves about whether Chapek was still capable of steering the ship. “One option they considered was replacing Mr. Chapek with board member Mark Parker, a former longtime head of Nike Inc., as an interim CEO while the board hunted for a successor.”

Iger, too, was upset with the decision to extend Chapek’s contract. Soon after the contract announcement, the WSJ reports, “Mr. Iger told a friend he believed Mr. Chapek was a failure in the most important measures of success for a CEO: internal satisfaction, investor relations, and consumer support.”

By the summer of 2022, the board was also clear with their frustration over the performance of the company’s top executive. After one particular meeting with the board, Chapek reportedly grew angry with Disney CFO Christine McCarthy for sharing financial details without first clearing the numbers with him, catching him off-guard. This seemed to unravel any hope for the two working together effectively.

The Wall Street Journal reports that “Board Members Safra Catz, Amy Chang, Calvin McDonald, and Derica Rice grilled Chapek over the company’s poor performance. McCarthy addressed most of the questions, later telling associates that her boss had fumbled his answers.”

The report contends that relations between CEO and CFO were “so frayed that he didn’t include her in an October board meeting. Chapek also told executives that she had lost focus, distracted by her husband’s ailing health, and had become unstable, comments repeated to some Disney directors. Ms. McCarthy learned about it from colleagues.”

Reportedly, Parks Chairman Josh D’Amaro was considering leaving the company. There were serious concerns that he and Alan Bergman, head of the film studio, were both about to quit as a direct result of Chapek’s actions.

Fourth-quarter earnings eventually sealed the fate of Chapek, who, against the advice of McCarthy, tried to claim success while reporting on the less-than-expected earnings period rather than face the music head-on. The Wall Street Journal reports that, on November 16, McCarthy took matters into her own hands. “Without having confronted her boss or seeking board approval, she called Mr. Iger to gauge his interest in returning as CEO. She caught Mr. Iger at a low point—he had been telling friends he was more concerned over the direction of the company than ever.”

Iger reportedly welcomed the gesture, feeling complacent in retirement and a call to stifle the recent instability felt under Chapek. With Iger eager to return as chief executive, the board was quick to act, informing Chapek of his immediate removal as he prepared to attend Elton John’s final U.S. concert being held that evening inside Dodger Stadium.

He received the news from the Chairman of the Board of Directors, Susan Arnold, who informed him that “his services were no longer needed.”