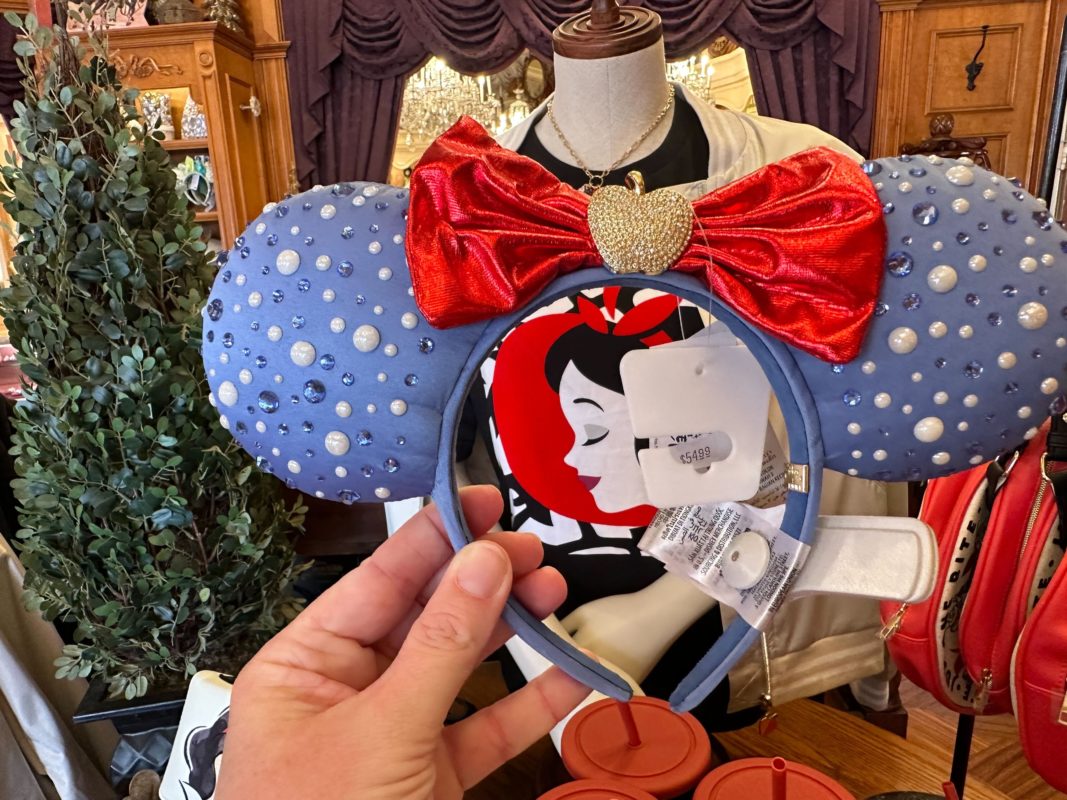 A Snow White Minnie Ear Headband by BaubleBar pays tribute to the Disney classic’s 85th Anniversary and was spotted at the Fortuosity Shop on Main Street in Disneyland Park.

A golden metal plate is affixed to the inside of the headband shows off the Disney and BaubleBar collaborative branding. The backside of the Snow White Minnie Ear Headband is left untouched, showing off a satin blue finish.

The Snow White Minnie Ear Headband by BaubleBar is designed to fit most adults. The ears may sparkle with gems and jewels, but its the classic bow and signature blues and reds that make this headband a clear nod to the classic Disney Princess as Walt Disney’s ‘Snow White and the Seven Dwarfs’ celebrates its 85th Anniversary.