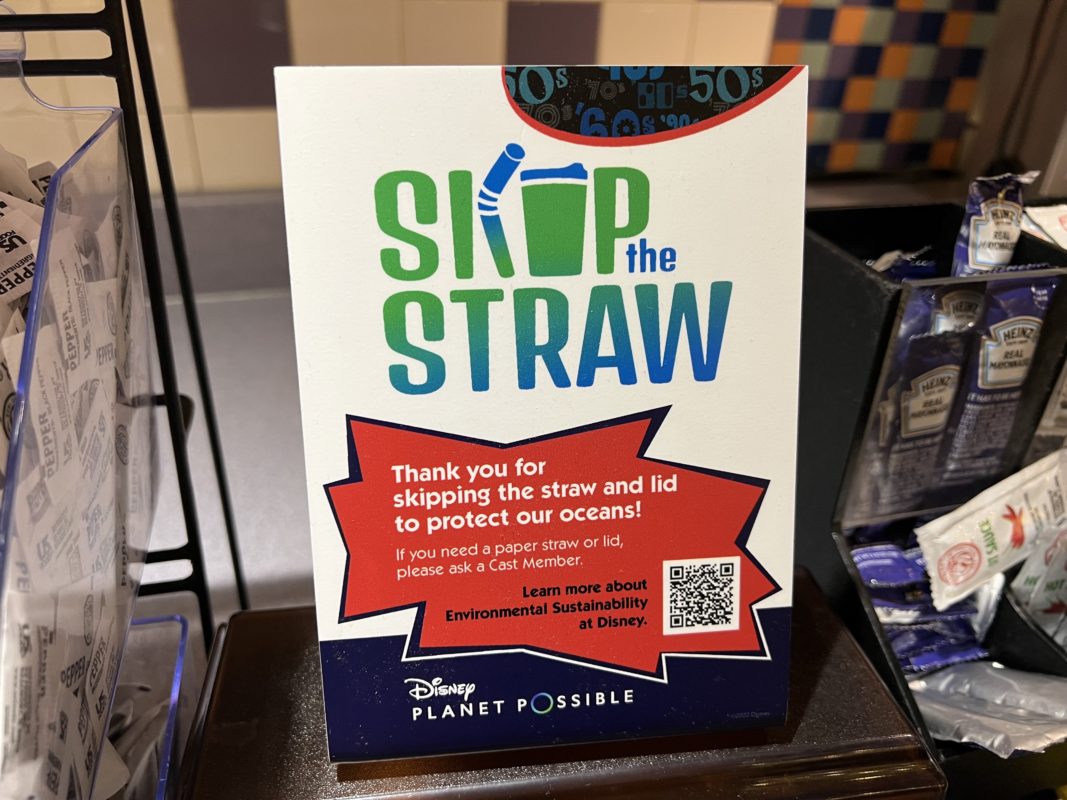 On the Walt Disney Company website, it says, “The Walt Disney Company’s commitment to environmental stewardship goes back to our founding nearly 100 years ago.” Four years ago, Disney Parks stopped automatically giving out plastic straws and lids, to reduce single-use plastic usage, and made them available by request only. Now, we’ve started seeing signs appearing throughout the Walt Disney World Resort that say “Skip the Straw.”

The sign says, “Thank you for skipping the straw and lid to protect our oceans! If you need a paper straw or lid, please as a Cast Member.” They also include a QR code for guests to learn more about Disney’s Environmental Sustainability program.

We have seen these signs at Disney’s Art of Animation Resort’s Landscape of Flavors and Disney’s Pop Century Resort’s Everything POP Shopping & Dining. We were recently at the Magic Kingdom resorts, but have yet to see these signs at those locations. It will only be a matter of time before they will be found throughout the entire Walt Disney World Resort and Disney Parks worldwide.

This is from Disney’s 2030 Environmental Goals Program:

As a result, we have eliminated over 200 million plastic straws and stirrers, completed removal of polystyrene cups, reduced
plastics in over 15,000 of our guest rooms by 80 percent by replacing all disposable toiletries with bulk amenities and
minimized plastic merchandise bags.”

What do you think about this? Let us know in the comments below.