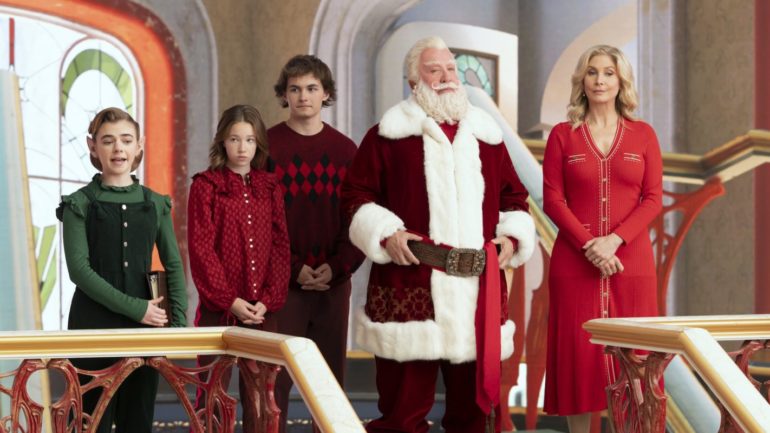 ‘The Santa Clauses’ Renewed for Second Season on Disney+

Merry Christmas to all, and to all another season of Tim Allen! That’s right, “The Santa Clauses,” sequel series to “The Santa Clause” trilogy on Disney+ has officially been renewed for a second season.

The series stars Tim Allen and Elizabeth Mitchell reprising their roles as Santa/Scott Calvin and Mrs. Claus/Carol respectively. This season, now that Scott has been Santa Claus for nearly thirty years, his Santa magic is weakening as Santa’s popularity shrinks, causing him to struggle in both his work and family lives. Then he discovers there’s a way to retire from his post, so he focuses on finding a better successor.

“This franchise has had a lasting impact for so many families, truly becoming part of their annual holiday traditions,” said Ayo Davis, president of Disney Branded Television. “Bringing it back as a series has been a true gift, and I’m grateful to our producing partners at 20th Television and, of course, Tim Allen and team, that we have yet another reason to celebrate this holiday season.”

A premiere date for season 2 has not been set but it seems likely to come around the 2023 or 2024 holiday season.