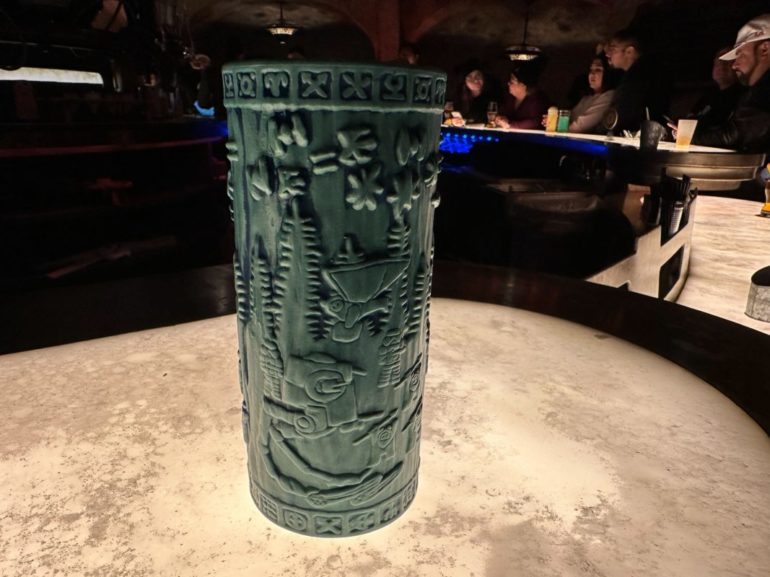 The turquoise mug is carved with images from the Battle of Endor, including Ewoks with spears.

X-Wings and TIE Fighters fly through the air above the Ewoks. The partially built Death star, with the Imperial logo, is on one side.

The mug’s interior is green.

Above is an image of the first edition mug from the grand opening of Oga’s Cantina.