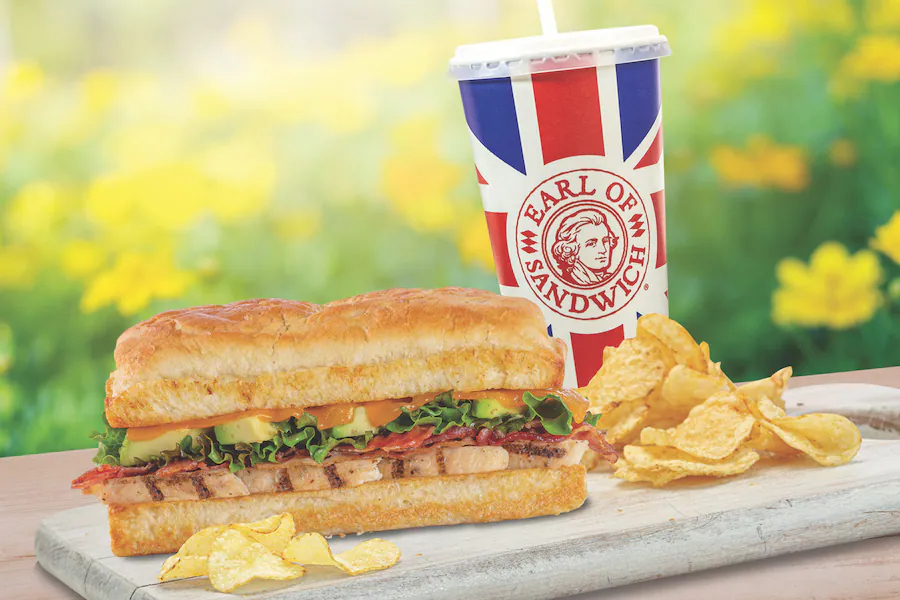 Today, the Disney Parks Blog announced the return of Earl of Sandwich to the Downtown Disney District after having closed just last year due to the shopping district’s ongoing construction.

Disney announced primarily that Earl of Sandwich would be coming back to the district yet again next month as a temporary location in the former La Brea Bakery, which suddenly closed today. They stated “La Brea Bakery is exiting the restaurant business, and we thank them for two decades of partnership in the Downtown Disney District.”

Porto’s Bakery is also set to come to Downtown Disney as previously announced at D23 Expo 2022, and will be located in a newly-constructed building where La Brea Bakery currently sits. This means Earl of Sandwich will be moving yet again once its new permanent home is constructed.

Ralph Brennan’s Jazz Kitchen is also continuing its transition into Jazz Kitchen Coastal Grill & Patio, with its updated second floor already open to diners. New food, some pictured above, will include the popular Pasta Jambalaya and Gumbo Ya-Ya, plus fresh riffs using coastal-inspired ingredients like the new open-faced Grilled Lobster BLT Po’ Boy, pictured above. Signature hand-crafted beignets will continue to be a staple, with an expanded menu including specialty glazed beignets that are dipped, drizzled and sprinkled in jazzy signature and seasonal flavor combinations. Ralph Brennan’s Jazz Kitchen is closed for a short time to accommodate continued work in the first floor dining space and will debut its new look and menu soon.

Disney Home and WonderGround Gallery are temporarily closed to accommodate some behind-the-scenes interior construction. But you can easily head over to World of Disney to pick up some home decor, and enjoy a temporary pop-up WonderGround Gallery location near Star Wars Trading Post.

Finally, Disney released new concept art for Din Tai Fung, which will open in the future on the west side of the district.