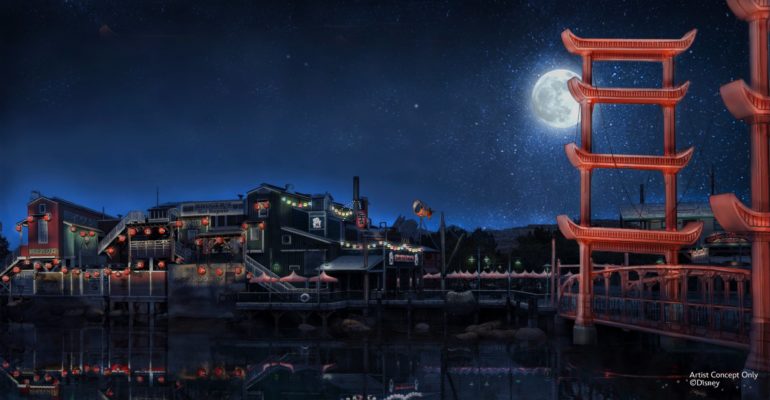 Last year at D23 Expo 2022, it was announced Pacific Wharf, a small mini-land of restaurants at Disney California Adventure based on San Francisco, would be reimagined to San Fransokyo, from “Big Hero 6.” Now it seems construction has finally begun on this update!

The new version of the land will include a Baymax meet-and-greet, food, and more. A ride was not announced, but there’s very little space available anyhow.

As of today, the lagoon around the area will be drained to accommodate construction. Disneyland Resort officials told media outlets “Pacific Wharf in Disney California Adventure Park will be reimagined to San Fransokyo from ‘Big Hero 6’. Work has started to bring San Fransokyo to life, and we look forward to sharing more details at a later time.”

Right now, Pacific Wharf largely is known as the park’s food court, with a number of restaurants sitting in this small area.

As we mentioned previously, no ride is currently planned for the area. But you can experience The Happy Ride with Baymax if you’re willing to visit Tokyo Disneyland!

Are you excited to see this area transform into San Fransokyo? Let us know in the comments below!