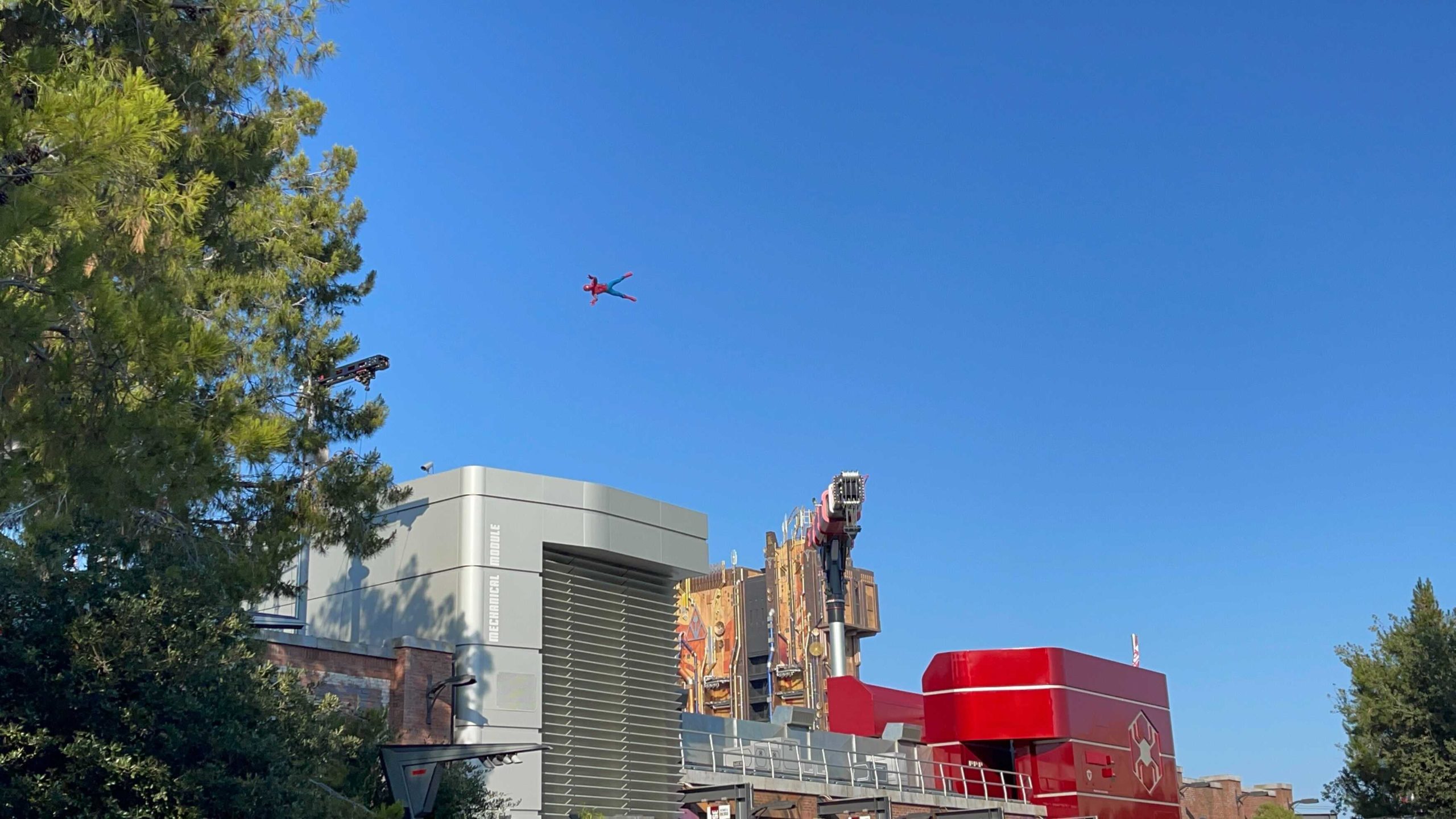 Disney has filed a patent for flying robots that would be powered with a hybrid and air and water, Orlando Business Journal reports.

The patent is for an “Untethered robot with hybrid air and water power for hovering and quick airborne movements.” It describes how they could control the movements of a flying robot through thrust propulsion via air or water. The robot would be able to pose and change directions in mid-air.

“In-flight movements and stable or controlled landings for a flying robot have recently come into demand to provide unique and surprising entertainment to audiences in settings where it may be difficult to utilize live performers,” the patent says.

The patent also indicates projectors would be able to put different images onto the robot while it is moving, turning it into different characters.

The technology seems similar to the Spider-Man “Stuntronic” robot used in an Avengers Campus show at Disney California Adventure, with a few updates, like the projections.

Last year, Disney patented a robotic locker system that has yet to be used in the parks.