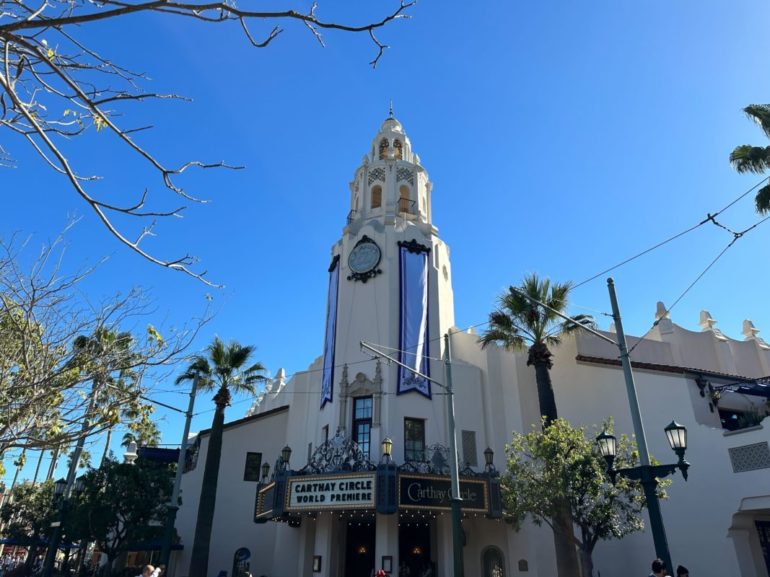 As the official start of the Disney100 celebration approaches, the final touches are appearing throughout Disneyland Resort. It seems the final banners and medallion have been hung on the Carthay Circle façade.

We previously noted the new stars on the building’s marquee.

The banners on either side of the tower are light purple with dark purple borders.

The medallion is front and center.

It’s silver with the three fairies from “Sleeping Beauty” around “Disney 100 Years of Wonder.” The same medallion is on Buena Vista Street lampposts and near the Storytellers statue.

This one is set in a black iron frame matching the Carthay Circle marquee.

The final touches were added to Sleeping Beauty Castle at Disneyland park, too. The Disney100 celebration officially begins on Friday, January 27.