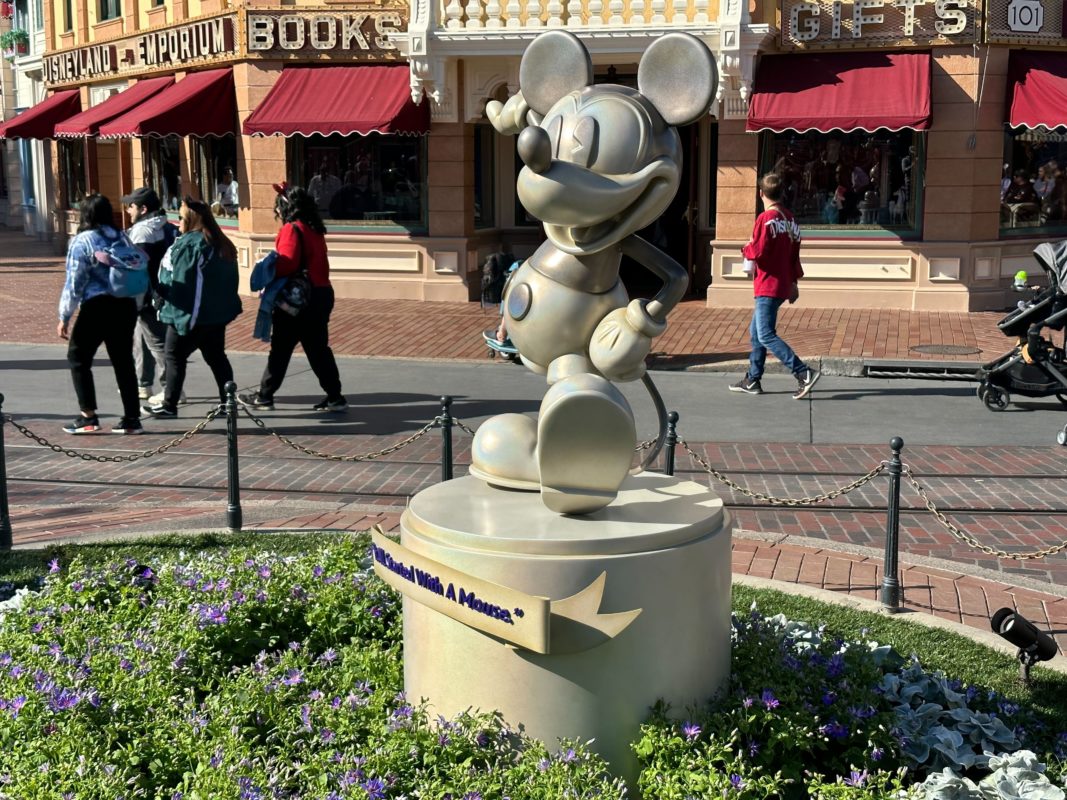 A new platinum Mickey statue has been installed at Disneyland park for the Disney100 celebration beginning in a few days. Unfortunately, the quote on the statue’s base is incorrect.

Mickey is at the end of Main Street, U.S.A. The banner on his base reads “It all started with a mouse.”

The full original quote by Walt Disney was actually “I only hope that we never lose sight of one thing: that it was all started by a mouse.”

The original quote is slightly longer but “it was all started by a mouse” would definitely fit on the banner.

This is just the latest error in the new Disney100 decorations. The banners along the Disneyland Resort tram route had several inaccuracies, including the opening year of Matterhorn Bobsleds (that banner was later removed).

Minnie’s statue, near Sleeping Beauty Castle, does have a longer quote on its banner.

Hers reads “A Dream Is A Wish Your Heart Makes,” which is of course a song from “Cinderella.” It doesn’t have much to do with Minnie, but at least it’s correct.

The statues are not the exact same molds as the golden Fab 50 statues found at Walt Disney World, but the bases are similar.

Disney already announced that MagicBand+ would interact with select Disney100 decorations, so we can assume it will interact with these statues in a similar or exactly the same way as it does with the Fab 50 statues.

Below are the Mickey and Minnie Fab 50 statues in Magic Kingdom.

Check out some of the regular Fab 50 interactions and the full Fab 50 Quest available with MagicBand+.