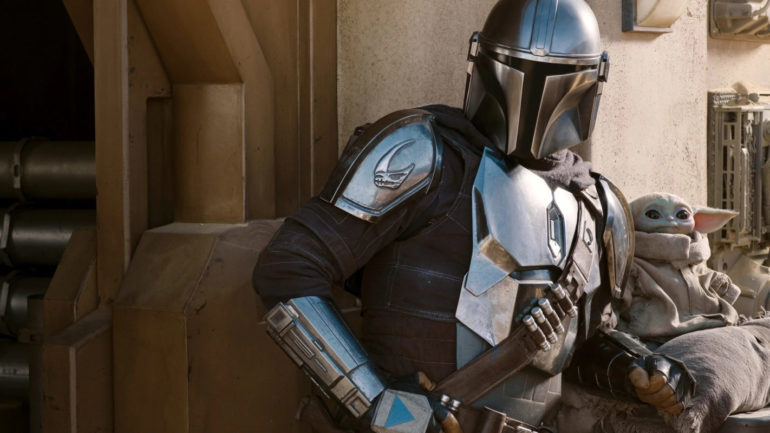 With the massive success of “The Mandalorian” since its 2019 debut on Disney+, that series has inspired one spin-off already. But it seems the dream team of Jon Favreau and Dave Filoni are not resting on their laurels, with a new “The Mandalorian” spinoff series reportedly in development.

According to TheDirect, the new series is being developed under the codename “Ghost Track 17.” Nothing is known about the story or a release timeline, but it’s believed to be under development by Jon Favreau and Dave Filoni, the same team behind the original “The Mandalorian” series.

This would be the second spin-off series of “The Mandalorian,” after “The Book of Boba Fett” released last year, connecting to the series in multiple episodes. It’s believed upcoming series like “Ahsoka” and “Star Wars: Skeleton Crew” will also connect back to “The Mandalorian” in one way or another. Both of these series will premiere sometime this year on Disney+. “Ahsoka” follows the former Jedi knight Ahsoka Tano (of “Star Wars: The Clone Wars” fame) as she investigates an emerging threat to a vulnerable galaxy. The latter meanwhile is set in the New Republic era. It’s directed by Jon Watts is said to be an Amblin-like coming-of-age adventure about kids, but not just for kids.

Little other details are known as the project is still early in development. But if the rumors are true, we will see yet another series tie in to the adventures of the mysterious wanderer and his adorable green companion.

The now-iconic and universally praised original series follows a mysterious bounty hunter traveling the outskirts of the galaxy to complete jobs. Along the way, he finds himself charged with delivering a small creature of the same species as Yoda, called The Child, and brings him along as a companion through his adventures. Season 3 of the series is set to debut on March 1.

Would you be interested in even more stories from the Star Wars universe? Let us know in the comments below!