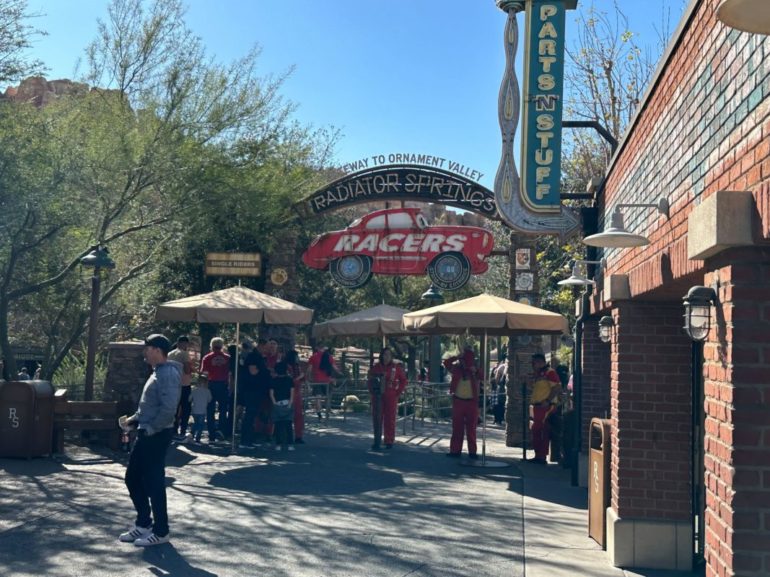 The ride was supposed to reopen on January 23 but remained closed through January 24. Today, January 25, guests were racing through the desert again.

Radiator Springs Racers closed for over a week last summer due to an issue causing smoke to rise from a vehicle. This January refurbishment, however, was scheduled.

The Sheriff animatronic and Luigi’s tire change effect were fixed after not working for some time. It also seemed like the character projectors were refreshed or replaced.

The exterior race track was repaved so the attraction is looking great.

January looks to be a time of refurbishment across the Disneyland Resort, with Indiana Jones Adventure, The Disney Gallery, Great Moments with Mr. Lincoln, “it’s a small world,” and Grizzly River Run all closed for refurbishments. Additionally, Mickey’s Toontown will remain closed through March as its reimagining continues.