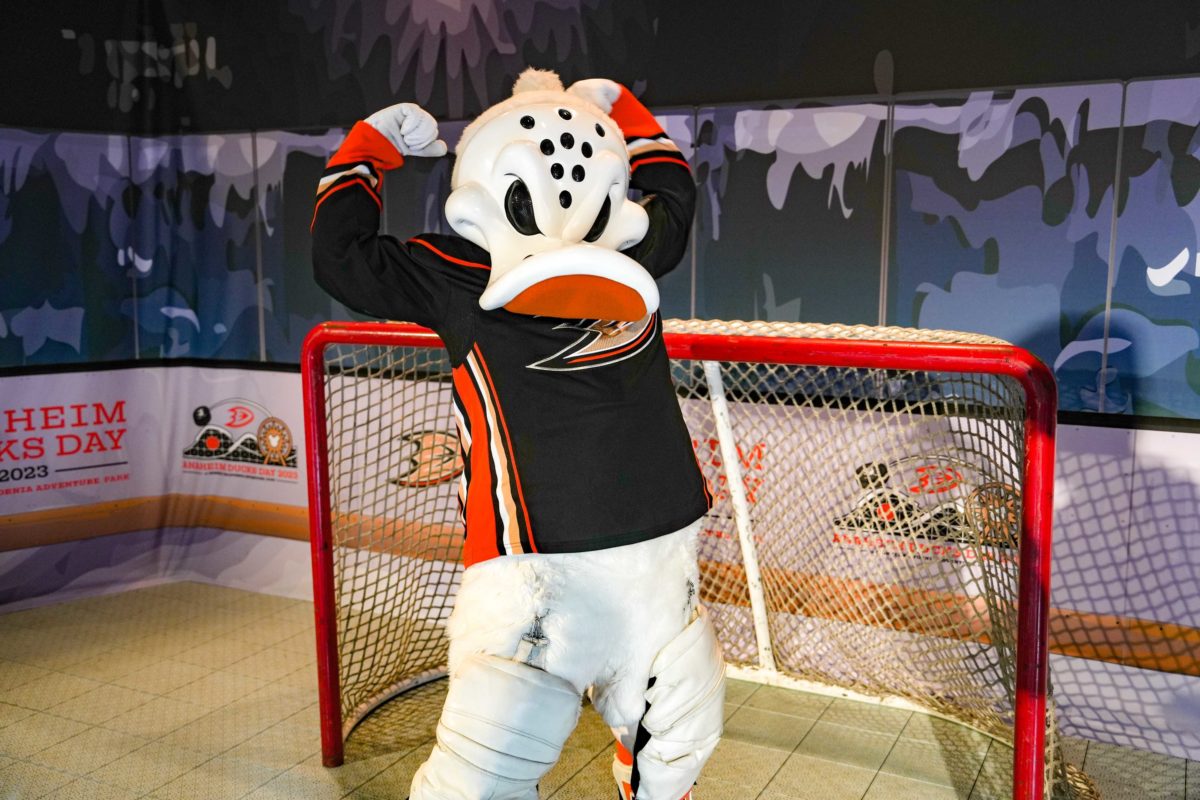 Anaheim Ducks Day returned to Disneyland Resort on January 12, 2023, with appearances by players, special entertainment, and more! Naturally we went all over, mostly at Disney California Adventure, to check out the offerings for the long-missed tradition!

Guests could test their hockey skills in the fan zone between noon and 6:00 p.m.

The Downtown Disney District stage was decorated for Anaheim Ducks Day, too.

Another fan zone was inside Disney California Adventure.

Plenty of photo ops were available.

Guests can walk on in atop these duck footsteps on a carpet for Ducks Day this year!

This fan zone also had plenty of merchandise as well as wristband distribution for the greeting.

Check out this amazing street artwork! It creates an optical illusion that allows guests a photo op to “face off” against a player!

Guests could also get their photo taken with a special puck-shaped background.

Wristbands are required to meet and greet with the Ducks players, and we snapped a few photos of guests waiting in a line for wristbands that began near Carthay Circle.

Luckily we managed to snag a spot for ourselves! You can watch the greeting courtesy of the video above.

Merchandise specific to the 2023 Anaheim Ducks Day was also available.

Some of the options included shirts, hoodies, Spirit Jerseys, and hockey pucks.

Sadly the duck mask was not for sale.

Wildwing is the mascot of the Anaheim Ducks. Guests were able visit him and take a photo.

Guests could also meet with some of the team’s cheerleaders to take a photo.

Cast Members manned a table where they handed out hockey pucks to guests.

You can even get your hands on a chocolate hockey puck at Schmoozies!

And of course the highlight of the day was the cavalcade through Hollywood Land, where we could see the Anaheim Ducks and their cheerleaders themselves out to greet guests! You can watch the cavalcade above.

Did you get to attend Anaheim Ducks Day this year? Let us know in the comments below!