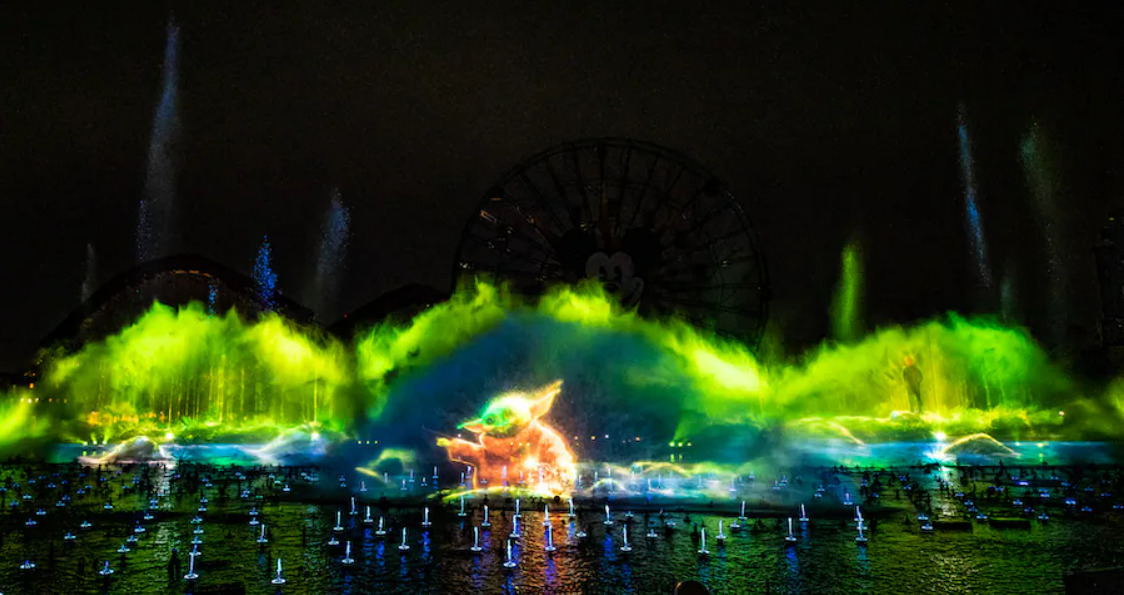 Disney has shared more details and a sneak peek of “World of Color – One,” a new nighttime spectacular coming to Disney California Adventure. It, alongside “Wondrous Journeys” at Disneyland Park, will debut on January 27 as part of the Disney 100 Years of Wonder celebration.

Watch the sneak peek below.

World of Color – One, like its predecessors, will be performed on Paradise Bay. It utilizes water screens to show clips of Disney films. Colorful fountains, lasers, and music accompany the clip show.

The new show “celebrates how a single action, like a drop of water, creates a ripple that can grow into a wave of change.” It will be the first Disneyland Resort nighttime spectacular to feature characters, music, and scenes from Walt Disney Animation Studios, Pixar Animation Studios, the Avengers, and “Star Wars” in the same production. One image shows Grogu at the center of the water screen.

The musical score is comprised of 18 different compositions, including the new and original song “Start a Wave,” written by GRAMMY-nominated artist Cody Fry and featuring lead vocals by Loren Allred.

MagicBand+ will interact with “World of Color – One,” just like the current iteration of the show.