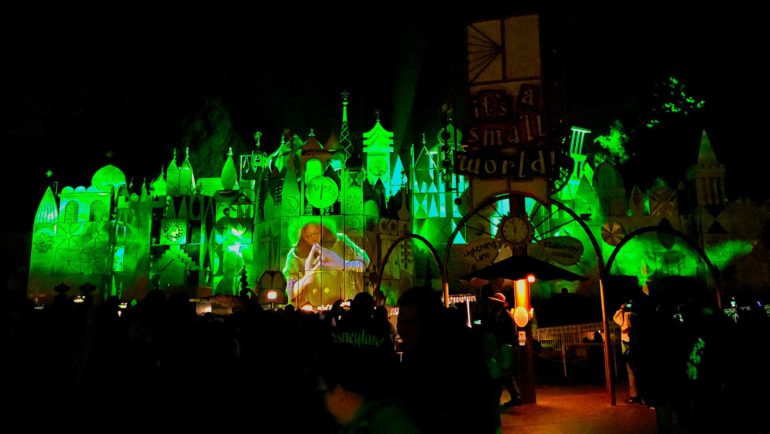 ‘We Don’t Talk About Bruno’ Projection Show Returning to Disneyland

The characters of “Encanto” will once again grace the façade of “it’s a small world” with the return of the “We Don’t Talk About Bruno” projection show to Disneyland park.

The projection show will return for a limited time beginning in early February. It originally debuted in April 2022. The show features clips from “Encanto” with the famous song “We Don’t Talk About Bruno,” complemented by lighting effects and transitions resembling the moving tiles of the Madrigal Casita. It also interacts with MagicBand+.

Watch our video of the show from last year:

“Encanto” will also be featured in the new “World of Color – ONE” and “Wondrous Journeys” nighttime spectaculars. Both premiere on January 27 with the beginning of the Disney100 celebration, honoring 100 years of The Walt Disney Company. During “Wondrous Journeys,” projections will turn Sleeping Beauty Castle into Casita.

Over at Disney California Adventure, Mirabel will sing “Waiting on a Miracle” during “World of Color — ONE.”

Disney also announced today that an “Encanto” package is now available at Bibbidi Bobbidi Boutique in both Disneyland and Magic Kingdom. Kids can dress up like Isabela or Mirabel.