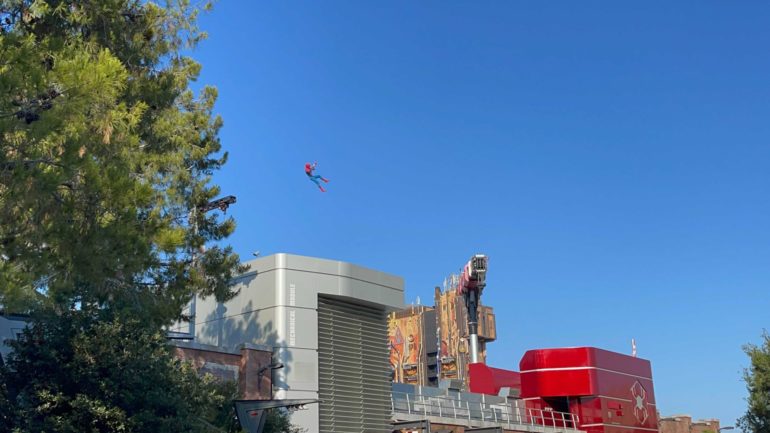 Following a rather amusing crash of the Spider-Man stuntronic into a building earlier during “The Amazing Spider-Man!” show at Avengers Campus, the show resumed performances this afternoon.

After his rough landing earlier, a couple of the show’s performances were quietly cancelled. But we caught Spidey back in action around the W.E.B. Facility’s roof this afternoon during the 3:25pm show of “The Amazing Spider-Man!”

Damage from the crash earlier was quickly repaired, as the panels are designed to break away in the event of a malfunction involving the Spider-Man Stuntronic.