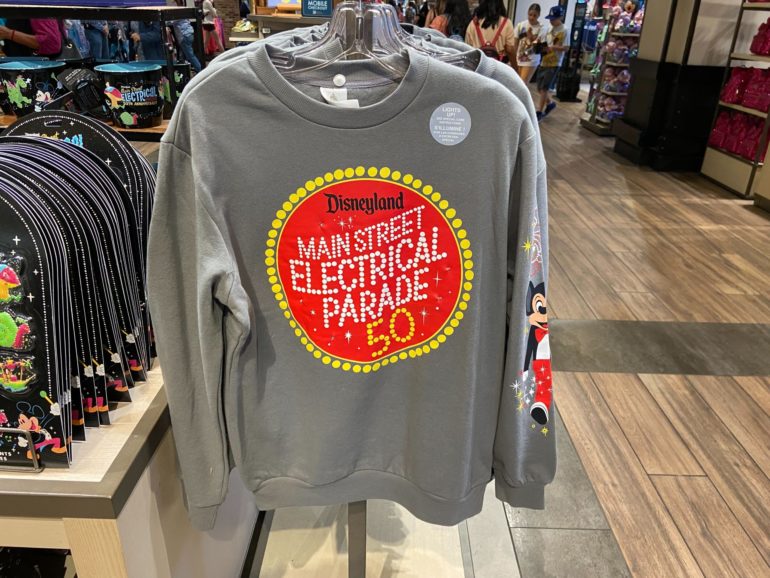 Now you can join the thousands of sparkling lights making up the Main Street Electrical Parade with a shimmering new light-up sweater we found at the Disneyland Resort!

The sweatshirt is all grey, with the Main Street Electrical Parade 50 logo on the front.

The sweater lights up in various colors. “Baroque Hoedown” soundtrack not included.

The side shows the classic art for the parade featuring Mickey marching along, with Casey Junior not far behind.

We found this at the World of Disney Store in the Downtown Disney District, so be sure to stop in and pick up this sweater before it gets chilly out! Don’t miss other Main Street Electrical Parade 50th Anniversary merchandise we’ve found as well!

And let us know what you think in the comments below.