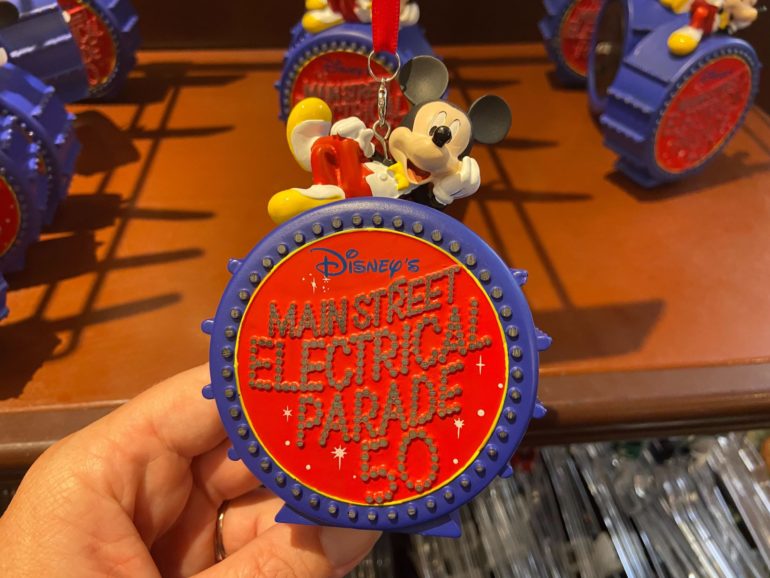 Like the Main Street Electrical Parade, our Christmas trees every year are made up of hundreds or even thousands of sparkling lights! And if you’re a big fan of the classic Disneyland parade, you can pick up a new tree ornament themed to the parade’s 50th Anniversary celebration now at the park!

We found this at the Emporium on Main Street, U.S.A.

The ornament features Mickey laying atop the iconic Casey Jr. drum which carries the parade. It bears a close resemblance to some of the retro parade merchandise sold while it was running, but curiously reads “Disney’s Main Street Electrical Parade” rather than “Disneyland”.

The ornament is dimensional, but only the front parts light up.

The Main Street Electrical Parade concluded its run at Disneyland on September 1, but given its history, it surely won’t be long until we see it sparkling down the parade route once more. You can watch its final performance below.

Will you add this new ornament to your holiday decor? Let us know in the comments below!