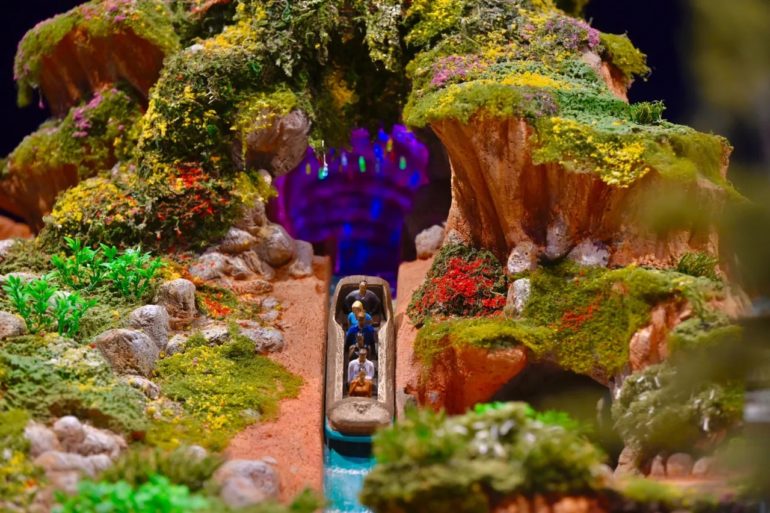 The scale model on display at D23 Expo reveals a few new details, most notably the Tiana’s Foods water tower.

Tiana’s Foods is an employee-owned community food co-op established by Tiana in 1927, following the success of her restaurant, Tiana’s Palace. The co-op is housed inside a salt mine with growers planting crops along the old Splash Mountain waterway. Guests will ascend through a mill house built into the side of the mountain.

Mama Odie will trigger musical effects in a glowing cavern at the top of the hill, which is just barely visible in the scale model.

We also learned that Eudora’s Chic Boutique, a new shop inspired by “The Princess and the Frog,” will open at Disneyland later this month. According to the OC Register, a corner of the shop will feature a period show scene with a sewing machine, mannequin, and aprons.

Tiana’s Palace will also open sometime in the near future.