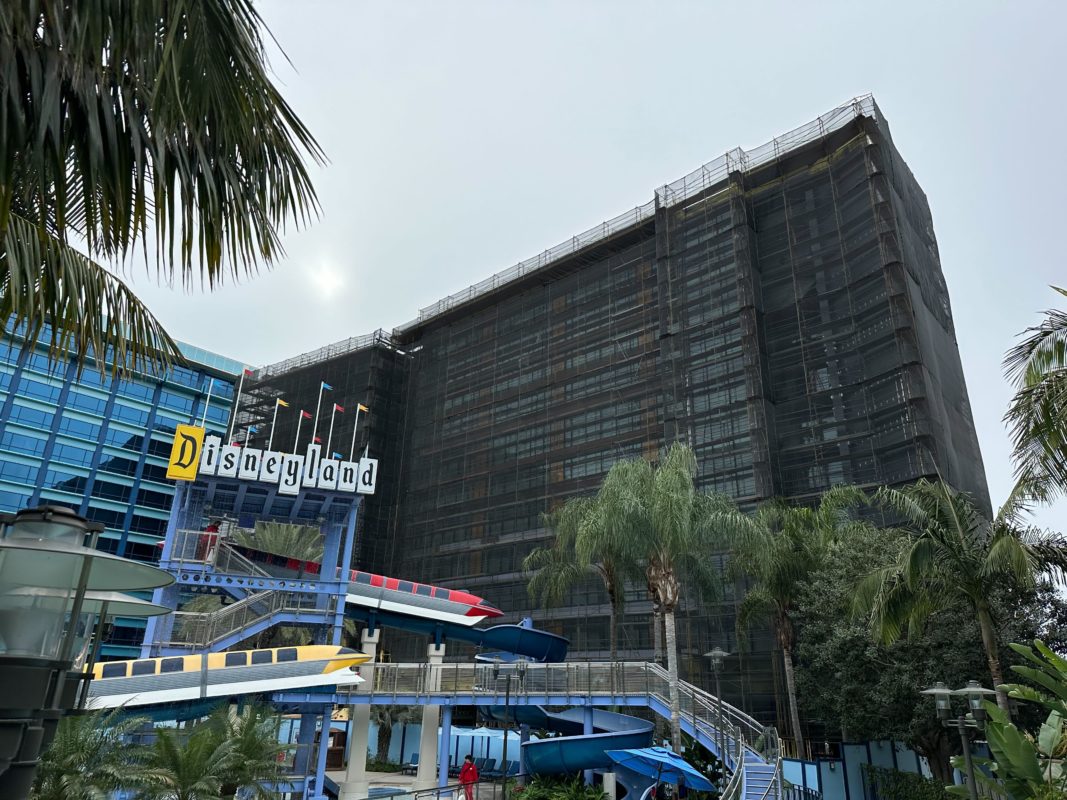 A few months after the highest beam of The Villas at Disneyland Hotel was installed, construction continues on the new Disney Vacation Club tower.

The entire tower is surrounded by scaffolding and wrapped in black scrim.

The tower will be right next to the iconic E-Ticket Pool and its Monorail waterslides. Visible across the pool in the photo above is yellow weather-proof sheathing above the open lower floor of the tower.

The rest of the tower is almost completely covered in windows.

Rows of brown paneling are visible between some of the windows.

The first concept art of the new tower was released two years ago. We learned at D23 last year that the tower will be called The Villas at Disneyland Hotel. It is scheduled to open in late 2023, and with the exterior starting to look complete, we expect construction to mostly move indoors for the next several months.