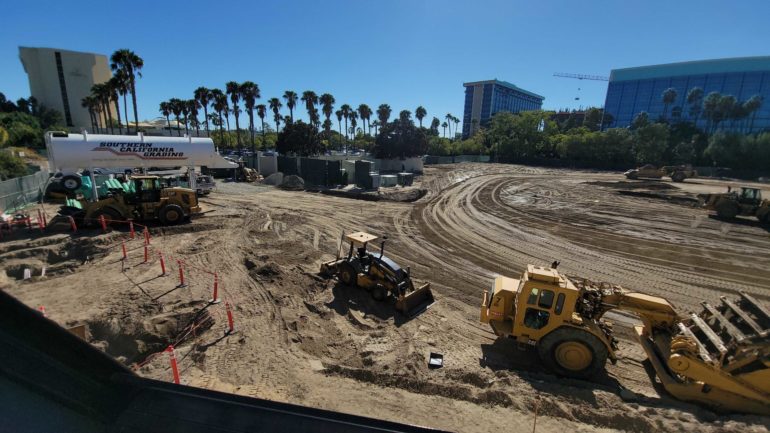 While demolition was completed and the land was cleared four months ago, we haven’t seen significant construction at Downtown Disney District yet. The district’s west side is being completely reimagined.

Several construction vehicles are parked at the site, behind construction walls. One section is roped off with orange tape.

A tank from earthwork company Southern California Grading is at the back of the site.

It will draw inspiration from Southern California mid-century modern architecture and include an open lawn for relaxing and events.

Below is concept art for the reimagining.

Downtown Disney District will also have a new logo inspired by the Walt Disney Imagineering logo.